As many of you know, The University of Iowa was flooded in the spring of 2008. The Voxman Music Building was irreparably damaged, so the School of Music has been in temporary facilities since that time. The university contracted Wenger to install offices and practice rooms in our temporary facilities. These practice rooms have a module in the wall that allows the user to modify the sound by selecting any of a number of sound options, such as “Practice Room,” “Large Recital,” and several other options. I believe that this has been the primary usage of these modules. On occasion, I witness students using the built-in recording and playback feature. The opportunity to get instant feedback is an essential tool for developing (and professional) musicians. There is, however, a feature that I believe has gone completely untapped. As one can see from the image below, there is a device-end USB port on the module; this is the same device end as your USB printer cable (the same cable works here).

Once you have recorded one or more tracks, you can then plug in a USB cable to your laptop or iPad (30pin to USB adapter required). 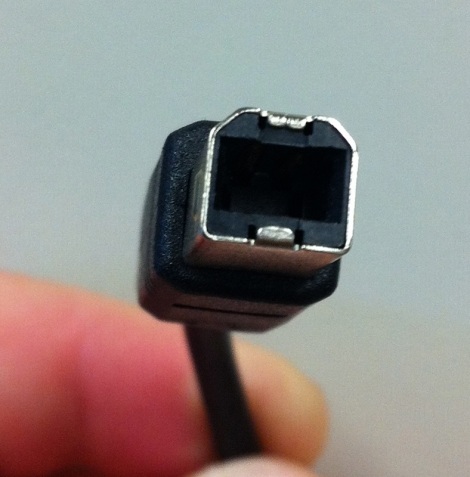 Once plugged it, the device will show up on your computer as “HDMain”: 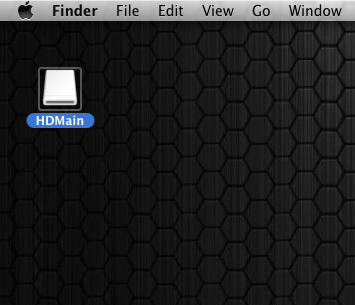 Double click “Wenger” to open the drive, then select and drag the recordings to your computer.

Once the audio files are moved to your computer, you can add them to iTunes (or your desired media player) or edit them with your software of choice. Upon the initial playback, you will notice that the playback quality is significantly better than the in-room playback in the Wenger rooms. This means that the built-in microphones are of a higher quality than the speaker counterparts. You will get better feedback on tone quality by moving the recordings to your computer/iPad.

These recordings are not of the quality necessary for competitions, demo cd’s, or graduate audition recordings as there is no natural reverberation, but students  will gain much by using the highest quality recording possible when self-assesing performance.